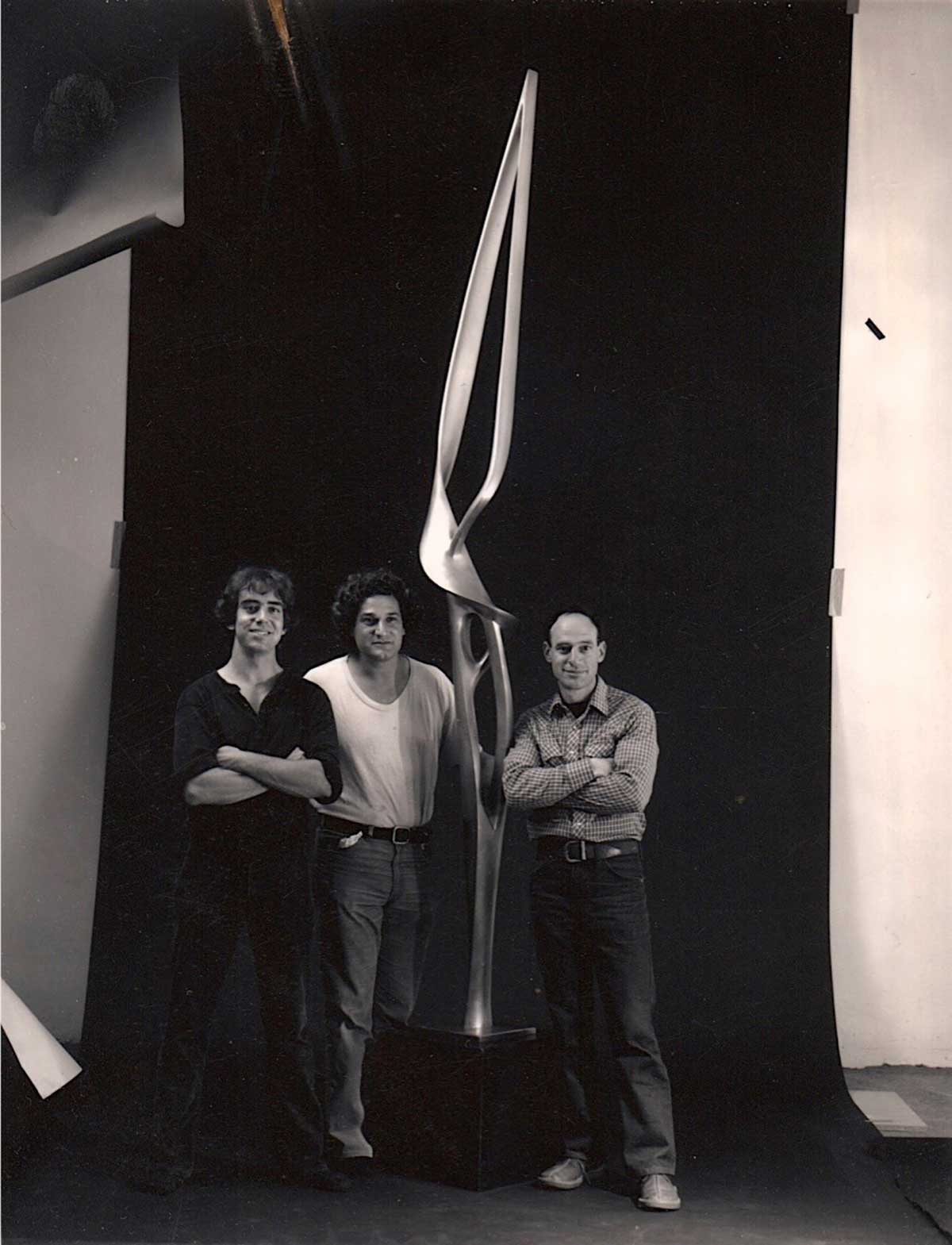 “Elliot Midwood AFA’s original founder and artist, Jonathan Hirschfeld , worked together on various projects in the early years, and ever since Hirschfeld has often returned to AFA. The photograph shows Elliot, far right, Hirschfeld, center, and Tom Bonner, the photographer, on the left, standing beside Hirschfeld’s bronze “Epidaurus”.

The sculpture was conceived in 1983 for a medical center in Mission Viejo, CA . This is American Fine Arts history and anchors the foundry’s legacy of being one of the longest running Fine Art Foundries in Southern California.

Elliot was known for his expert knowledge of chemicals and his masterful patinas.

In 1982 Jonathan Hirschfeld cast his “Seated Nude” at the American Fine Arts Foundry. These photographs of Elliot at work were taken by the artist in Burbank, where the foundry continues to operate to this day.

Another early monumental project of founder Elliot Midwood, was with the artist: Brett Livingstone Strong. Strong received a commission to design and sculpt “The Spirit of Freedom” (Constitutional) Monument.

Both national monuments are currently displayed on the grounds of Markel Corporation’s national headquarters in Richmond, Virginia.

His skill and interest led him to a further relationship with the commission and a private foundation that additionally commissioned him to recreate the original American Constitution and Bill of Rights documents in exact detail on bronze plaques. The two national monuments were designated as: The National Monument to the United States Constitution which weighs 5 tons and stands 9 tall and The United States Presidency Monument which weighs 20 tons and stands 17′ tall.

The National Monument to the United States Constitution

WORKING ON A PROJECT?

Yes! I want to talk!

Use it for free. No registration, no obligation. 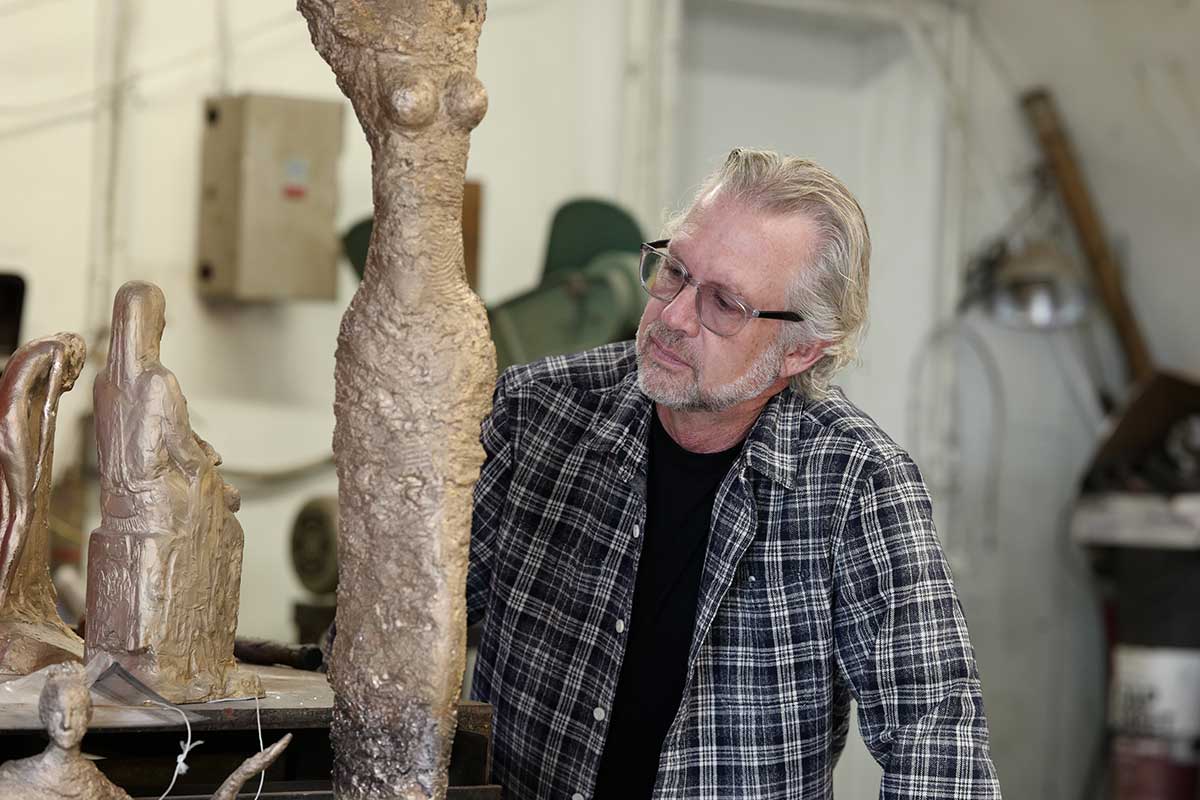 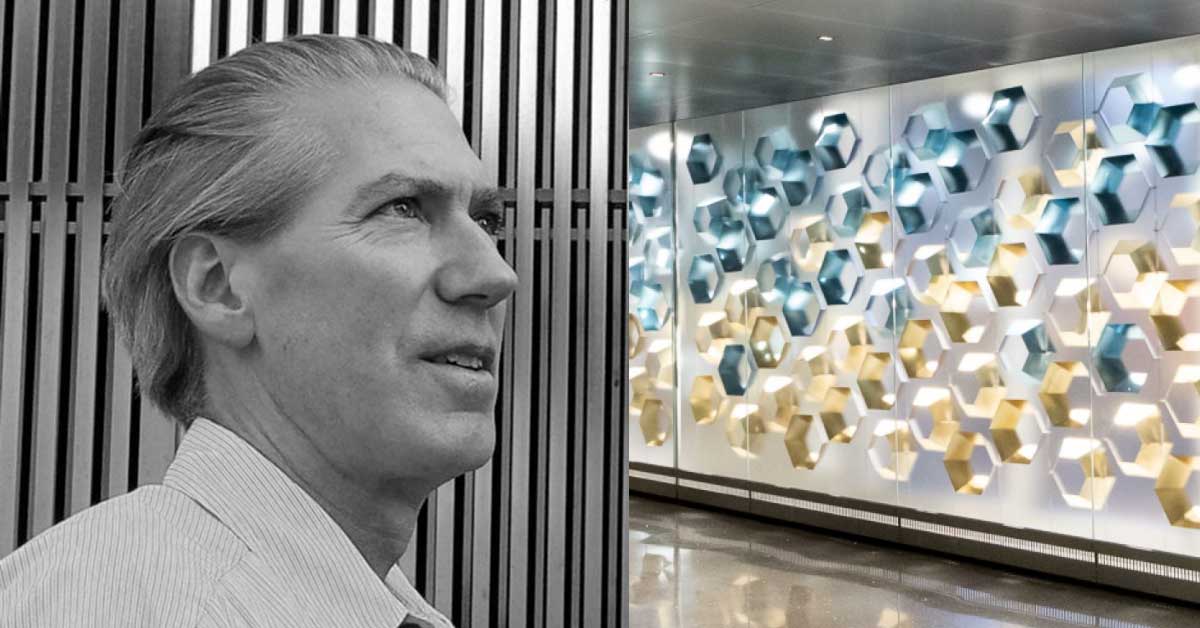 There is something beautiful and dangerous about a working foundry. It’s amazing that the technique of lost wax casting is still virtually unchanged for the last 7000 years. The startling thing is the timelessness of the art—the age-old technique of Lost Wax Casting.

Welcome to the NEW BRONZE AGE

This website uses cookies to improve your experience while you navigate through the website. Out of these cookies, the cookies that are categorized as necessary are stored on your browser as they are essential for the working of basic functionalities of the website. We also use third-party cookies that help us analyze and understand how you use this website. These cookies will be stored in your browser only with your consent. You also have the option to opt-out of these cookies. But opting out of some of these cookies may have an effect on your browsing experience.
Necessary Always Enabled
Necessary cookies are absolutely essential for the website to function properly. These cookies ensure basic functionalities and security features of the website, anonymously.
Functional
Functional cookies help to perform certain functionalities like sharing the content of the website on social media platforms, collect feedbacks, and other third-party features.
Performance
Performance cookies are used to understand and analyze the key performance indexes of the website which helps in delivering a better user experience for the visitors.
Analytics
Analytical cookies are used to understand how visitors interact with the website. These cookies help provide information on metrics the number of visitors, bounce rate, traffic source, etc.
Advertisement
Advertisement cookies are used to provide visitors with relevant ads and marketing campaigns. These cookies track visitors across websites and collect information to provide customized ads.
Others
Other uncategorized cookies are those that are being analyzed and have not been classified into a category as yet.
Save & Accept